Leanne provides a forum of inspiration and imagination that will surely transcend spaces.”

She’s energetic, charismatic without being arrogant or unapproachable, and she knows how to build stuff. She's going places and she's bringing people with her.” 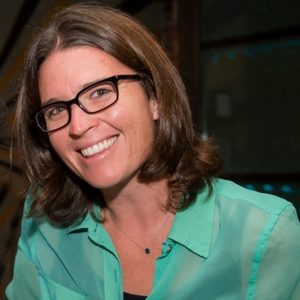 ENTREPRENEUR, INVESTOR AND THOUGHT LEADER AT THE INTERSECTION OF TECHNOLOGY AND ECONOMIC OPPORTUNITY FOR ALL AMERICANS. SHE BELIEVES ECONOMIC POWER IS A DRIVING FORCE FOR CULTURAL AND SOCIETAL CHANGE.

Leanne is the CEO and Founder of Lesbians Who Tech, the largest LGBTQ community of technologists in the world — committed to visibility, intersectionality, and changing the face of technology, with 40,000 non-binary, LGBTQ women, queer women of color (and our allies) in tech and more than 40+ city chapters worldwide. Over 5,000 women and non-binary people in tech attend the annual San Francisco Summit, making Lesbians Who Tech the largest professional LGBTQ event in the world and the largest event for women in tech in California. Programmatic work includes a coding scholarship for non-binary and LGBTQ women called the Edie Windsor Coding Scholarship Fund, a mentoring program, Bring a Lesbian to Work Day, and a leadership program — #LWTSQUAD —  focused on supporting members as they move into senior leadership roles. We’re not just creating communities; we’re pushing the tech sector to be more inclusive and changing the face of the entire tech industry.

Leanne launched include.io, a mentoring and recruiting platform for underrepresented technologists and recruiters, in 2017. The product fights bias in technology by scaling access to direct referrals outside of our bias networks. The team at include.io believes we can never fully remove bias from humans or the hiring process, so we must fight it every day with intention. include.io includes a powerful algorithm to connect tech leaders to talent who need access to powerful direct referrals that will help them get the job they deserve,allowing hiring managers to be intentional about diversity, leading to stronger teams and better companies.

Leanne launched the Tech Jobs Tour to connect the next generation of technical talent — who happen to be women, people of color, LGBTQ people, veterans and people with disabilities — to new careers and bridge the divide between tech companies who will have 1 million open jobs by 2020 and the American workforce. The Tech Jobs Tour, which traveled to nearly 25 cities in their first year, engaged 50,000 people on the Tour with 13,200 mentoring sessions and featuring over 150 companies. The evening consists of a career fair, speed mentoring sessions connecting mid-level/senior level talent with up & coming techies, lightning talks, coding bootcamp showcase and tech 101 workshops.You can learn more here: TechJobsTour.com

Before her work with Lesbians Who Tech, include.io, and Tech Jobs Tour, Leanne founded and led Start Somewhere, a design and technology agency. She also founded leanimpact.org, which was acquired by  Lean Startup in 2016. Between 2006 and 2010, Leanne served as the Senior Director, managing the data and building online fundraising tools at Equality California, the largest statewide LGBTQ organization behind the “No on Prop 8” campaign to fight back against Prop 8, which aimed to make same-sex marriage illegal — a proposition which was deemed unconstitutional in California in 2013.

Honestly -- the idea that something like Lesbians Who Tech could catch fire, really shows the brilliance of Leanne in tapping into something that people didn't think they needed.“

Past Speaking Engagements Include:

You Can Find Leanne on